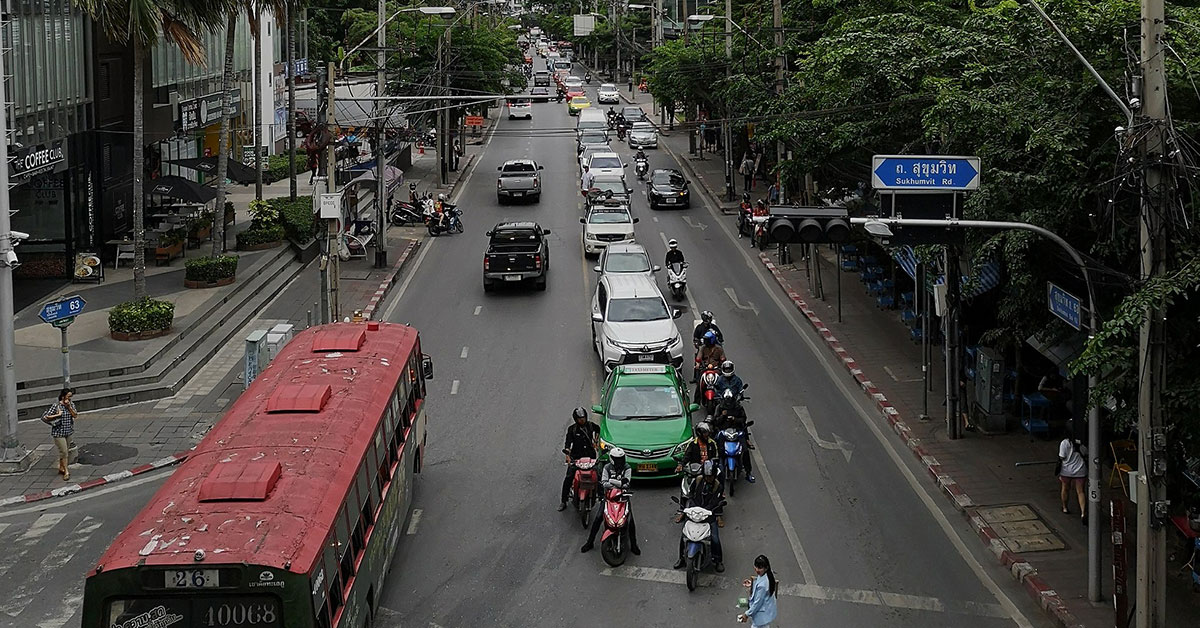 A serviced office in Bangkok near Ekkamai is a perfect fit if you are looking for a temporary or semi-permanent home for your business. It is a popular choice for startup companies that need an up-and-running office space the soonest time possible, or for established businesses experiencing business growth.

Whatever your reason is for looking for a serviced office near Ekkamai, we are here to help you.

Ekkamai is a popular place located at the cusp of prime Sukhumvit. It’s a beautiful, cool and humble community as opposed to its flashy Thonglor neighbor. Ekkamai stays well-connected to all of Bangkok’s happenings because of its close proximity and strategic location.

The neighborhood of Ekkamai is connected by the thoroughfare of Sukhumvit Soi 63, also known as the Ekkamai Road. The place is populated by residences, shopping squares and businesses.

Inside the Ekkamai neighbourhood are many beautiful and modern residences and a diverse blend of establishments, pubs, restaurants, shops and boutiques, including Korean restaurants, Japanese spas, French bread shops, Italian bistros and UK shops among other establishments. You may also find some exotic dealerships in the area. The further you go down Ekkamai alleyways, the more neighborhood delights you will discover.

Once dubbed as a hipster breeding ground, Ekkamai proves to be more than that. In fact, if you visit the place, you’ll notice that so much has changed in the last couple of years. It has become a thriving business community that has a lot to offer to its visitors.

WHY YOU SHOULD Seek for a serviced office IN EKKAMAI, Sukhumvit

To see and be seen

If you enjoy being in the thick of things and what is trending, there is no other place better than here. You get to see a different side of Bangkok, one that you won’t find in any of the touristy places. Celebrities and famous people are even known to frequent Ekkamai whether at the malls or clubs. If you decide to stay in Ekkamai, you’ll have the chance to hang out and party with the elite and hipsters of the city. Who knows what can happen when the night is young, and the day is long.

Everything you need is a few minutes away

Shopping malls and supermarkets? We got you sorted with Major Ekkamai and Gateway by the BTS station and Big C, located about 800m down Ekkamai road. You can find almost everything you need at these malls.

So many options for dining, drinking, and entertainment

There are more cafes in Ekkamai than one can count. To name a few of the best ones, there are Kaizen coffee, rocky rooster café, the Coffee Club, Nikko café, Ekkamai Macchiato, and Phil’s Coffee Company. There are of course many more that line the main street and sub sois, together with local restaurants and street food stalls.

Just walk out of our serviced apartment, go in either direction, and you will find a café, bar or restaurant. You won’t be disappointed! There are plenty of Thai, Japanese, Italian, Korean and even French restaurants in the area. What about fast food? Sure, just head to Major Ekkamai or Gateway Ekkamai.

Ekkamai is not just a party and dining district. It is also known for business centers and coworking spaces. In fact, Mint Worklounge is close to the Ekkamai area and is well known for offering the startup suite service offices. Mint provides a growing ecosystem that supports startups located in Sukhumvit’s bustling business district, making it one of Bangkok’s most vibrant areas during afternoon hours.

Ekkamai is directly between two other hip and happening areas

Within a 2-kilometer radius, Ekkamai is also close to two other districts that are equally as happening. When you make your way to Thonglor or Phra Khanong, so many more options spring up. Whether you enjoy dining, drinking, shopping or go for general entertainment, there is something for everyone.

Phra Khanong has W district while Thonglor has Commons, 72 Courtyard, and Seenspace. All of these complexes have multiple eateries and bars, making them popular hangout spots for locals and expats. Thonglor also has J Avenue, which is a community mall with some shopping, restaurants, cafes, a bar, and even a grocery store.

You will also find two stunning rooftop bars in these areas. In Thonglor, you have the impressive Octave rooftop bar at the Marriott hotel that boasts three levels of dining and drinking where the top floor has an uninterrupted 360-degree view of Bangkok. Phra Khanong features the Cielo Sky Bar.

Other Bangkok’s districts are not too far either

At any moment you are feeling left out from the rest of the city, it just takes 10 minutes to get to the BTS by bike, or 15-20 minutes by taxi (depending on traffic). A walk would take you about 30 minutes. Once at the BTS, you can get to almost anywhere in Bangkok. Three stations to Asok and another four to Siam. From either of these two spots, the city is your oyster.

At MINT WORKLOUNGE we offer workspace, business services and an entrepreneurial ecosystem of creatives. We are located in Thonglor, close to Ekkamai, Sukhumvit.

We can help you set up, sort your offices, get your VISA, and help with your taxes, and find you investors, all under MINT WORKLOUNGE.

So you don’t sweat the small stuff.